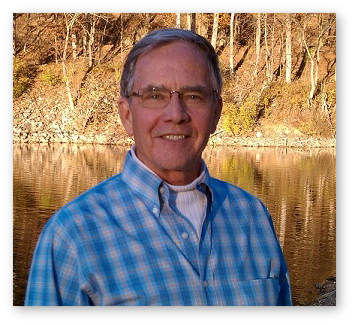 My life’s mission has emerged over time, shaped by some unique experiences.
While serving in the Peace Corps in Africa, in a small village of grass-roofed huts, a 4-year-old neighbor girl who had shyly welcomed me a few days before died in my arms. I later learned that she had contracted a disease as a result of contaminated water. Although the village mourned, no one appeared surprised. But I was grief-stricken, and angry. The fact that this death by pollution was accepted as almost normal upset me deeply.
Even after I returned home, news items about pollution and its impact on innocent victims both here and abroad continued to haunt me.

I became a pioneer of sorts, exploring the benefits of renewable energy to public health and the economy. I learned a lot about the difference between ‘price’ (what you pay in your electric bill) and ‘cost’ (the externalized damage which members of society pay while polluters profit). For example, I was shocked to learn that for every 12 jobs in the coal industry, one American dies from coal pollution each year (a number that hasn’t changed much all these years later).
In the 1970s, while earning my master’s degree, I started the University of Massachusetts’ Energy Conservation and Solar Programs. With the moral support of Dr. Gene Frankle, a good friend of mine who worked for the U.S. Department of Energy, I started to study what America might look like if all of its energy came from renewables, and focused on one county in Massachusetts. This work, known as The Franklin County Study, created a small buzz in the renewable energy community. The buzz expanded when then-President Ronald Reagan wrote a newspaper column citing the study and its implications for ending America’s dependency on imported oil.
This led to my being recruited to set up and run what became the nation’s largest renewable energy program of that era, located at the Tennessee Valley Authority. After several years of service at TVA during the time of President Jimmy Carter, I went back to finish my Doctorate at the Program for the Study of the Future at the University of Massachusetts. My academic work focused on why leaders do not listen to warnings, with a particular emphasis on the sub-set of warnings about contamination of, and threats to, the basic life support systems of air, water, food, and fuel, and the implications on human life. 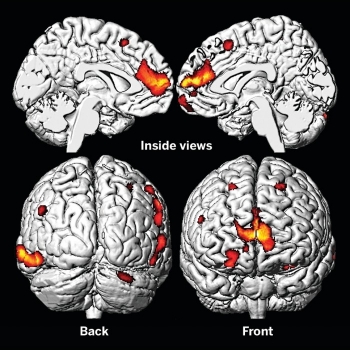 In 1997, my writings about public health policy blessed me again when I was recruited to help the Nemours Children’s Clinics grow. At the time it was a small Florida-based foundation with one children’s hospital. Now it is one of the nation’s largest systems of pediatric healthcare, hosting almost 2 million patient visits each year. Nemours now has over 60 locations, including two free-standing children’s hospitals.
During my tenure at Nemours, I was instrumental in facilitating the adoption of digital environments to record episodes of care, employing the internet to assist caregivers and patients, developing pilot projects in telehealth, and facilitating the use of the electronic medical records data to supply analytics for the clinical continuous improvement process, as well as many other innovations. This work, in turn, helped me understand the impact of external threats, such as pollution, to the fetus and developing child. I became interested in the geo-mapping of disease clusters.
Nemours received recognition from then Florida Governor Jeb Bush for the identification of these opportunities that could serve as a role model for American healthcare, and bring about healthcare improvements for all – often at little or no cost to the public.
I retired from Nemours in 2008 and am very proud of my time there. I feel privileged to have worked with so many values-driven colleagues there.
For over 45 years, I have paid particular attention to identifying techniques that help both average citizens and leaders understand the price in illness and death our children and loved ones have paid when leadership ignores information about public health threats from the pollution of our air, water, food, and fuel. Throughout this journey, I have been amazed and delighted by the change that can result when citizens – of all political persuasions – come together to protect loved ones.
There are two emerging trends that are altering the debate about the threat of pollution to our families.
The first is the rapidly growing realization that invisible pollution in very, very small amounts can have a life-altering impact on the people who come in contact with it. If the drug Cialis gives men erections when the active ingredient in a single pill is only 30 parts per billion, and the anti-asthma drug Albuterol does its magic using a mere 2.1 parts per billion of active ingredient, we can intuit the impact that small amounts of other chemicals have on human health.
The second trend is the emergence of new inexpensive scientific tools that enable “Citizen Scientists” to detect and identify pollution, coupled with our digital environment that allows both the distribution of the findings and the education of the public to bring about change.
I decided to start an organization that would loan such equipment with the goal of ‘Making The Invisible Visible’. This website will have an ever-growing list of such tools under the tab at the top of the home page of  The Pollution Detectives website labeled “Borrow Tools Here. “
Our ability to protect our fellow citizens from suffering birth defects, brain damage, cancer, a shortened life span, and years of sickness, is increasing.
I now live in Kannapolis, NC. In addition to my consulting practice and public speaking, I write newspaper columns explaining the problems facing America and introduce readers to replicable, proven solutions to social problems that already exist somewhere in the United States. These columns have been organized into three books, all available on Amazon.
My writings, along with those of others who are trying to help society by pointing to known replicable solutions, are also published on my other website, https://thepollutiondetectives.org/
Working together we can save the bodies and the brains of millions of people, including the most vulnerable among us.
I hope you will join us.
Contact Information:
Francis P. Koster, Ed. D.
1012 Westlake Drive
Kannapolis, NC 28081
Email: info@thepollutiondetectives.org